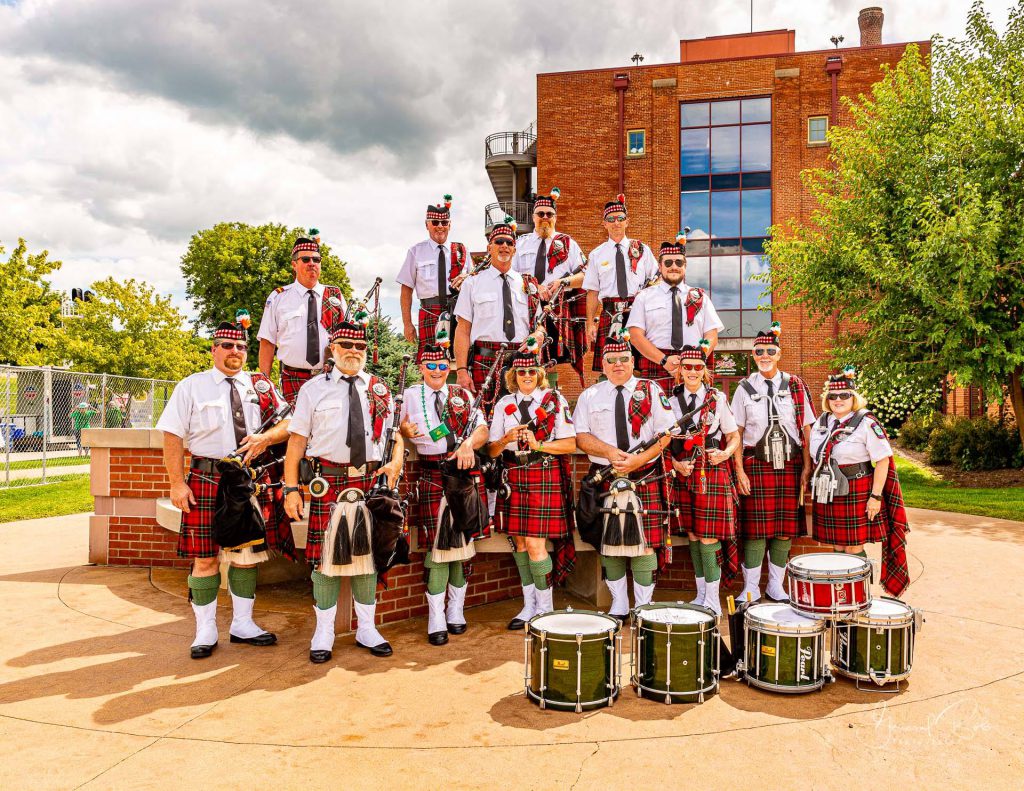 Pipe and drum band created in July 2009 by public servants from the fire, police & 911 dispatch services.

If interested in booking or inquiring about a band please email Rob McCullough at RMcCullough@aymcdonald.com by January 1st. 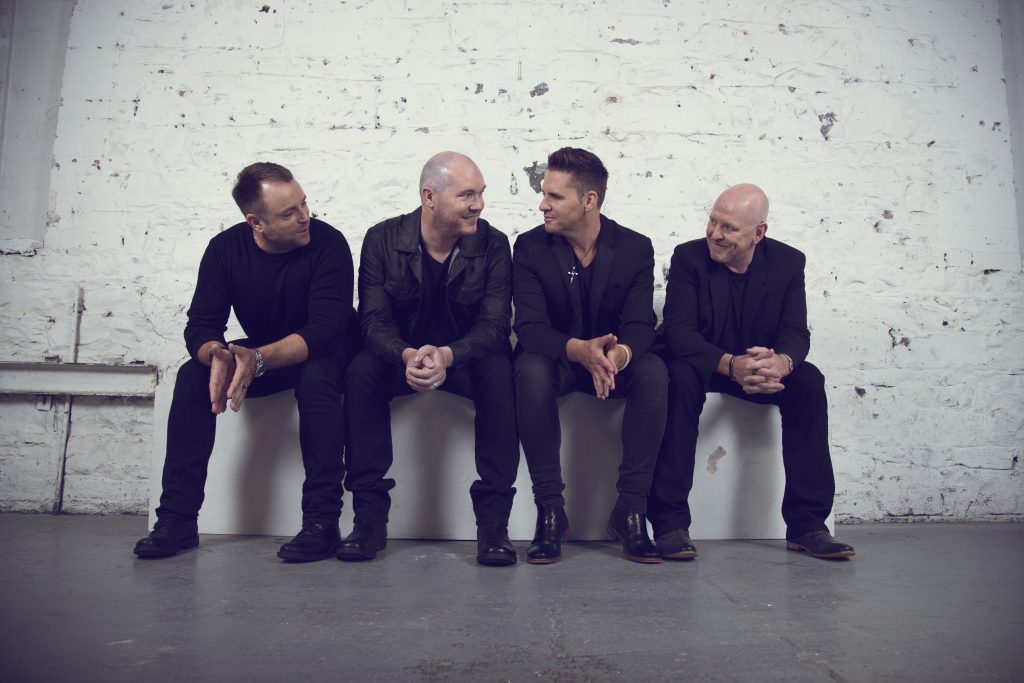 The High Kings Finbarr Clancy, Darren Holden, Brian Dunphy and, the newest member, Paul O’Brien, will be taking to the road again on a major USA  tour.  The tour commences in Tucson on February 12th, 2020 and sees them play a number of venues across the country. Tickets for these dates are available here:  https://www.thehighkings.com/tour-dates/

Photo can be downloaded from  https://tinyurl.com/y2qtc9ad

Over the past 12 years, The High Kings have released 4 studio albums, 2 live albums, and 2 DVDs. In 2017 they released a compilation album ‘Decade’ which celebrated 10 amazingly successful years together and also included 5 brand new recordings. It all began 12 years ago back in 2007 when Brian, Darren, Finbarr, and former member Martin Furey came together as a new Irish ballad group which was to be known as The High Kings. Their self-titled debut album reached number 2 on the world Billboard Music chart and in March 2009 The High Kings played 5 consecutive sold-out shows to a packed audience in the Olympia Theatre. Their second album ‘Memory Lane’ in 2010 was followed by a ‘Live In Ireland’ album and by 2011 the band had outgrown the venues they had been previously playing and had to start playing larger venues, not only in Ireland but also in America and across Europe. Audiences loved their new take on traditional Irish ballads, bringing these songs to multiple generations. 2013 saw their next album ‘Friends For Life’ featuring 8 original songs written and composed by the band. Taking their own original songs on the road was a new and exciting milestone for the band and it wasn’t long before the likes of ‘Oh Maggie’ and ‘Irelands Shore’ were being sung back to them by the audience.

Screaming Orphans performing at the Hooley. 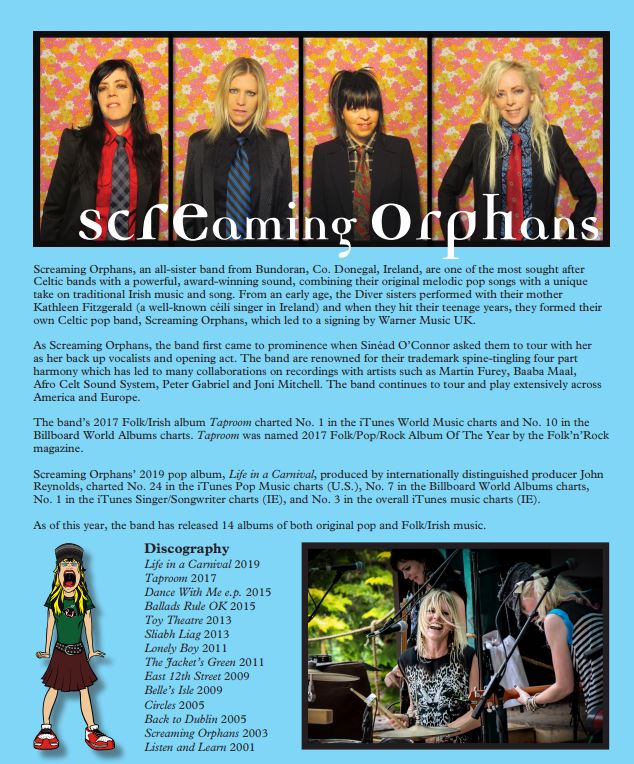 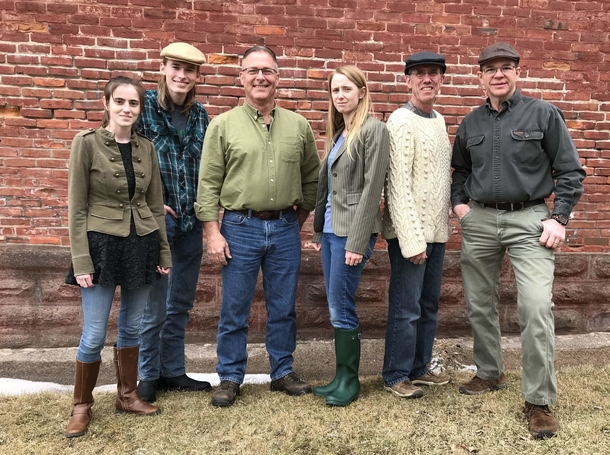 In 2016, Alison, Emily, and Jim Ott and Jason Kuntz were approached by Rob McCullough to form a group to play as the opening act for The High Kings. Following this performance, they remained as a band and began performing together regularly. The following year Jason Kuntz moved and the band was joined by Carl Droessler on drums and Seth Enz on banjo and mandolin. Ballyheigue continues to play throughout the Dubuque area and has performed at the Dubuque Irish Hooley and opened for well-known bands such as Gaelic Storm and We Banjo Three. 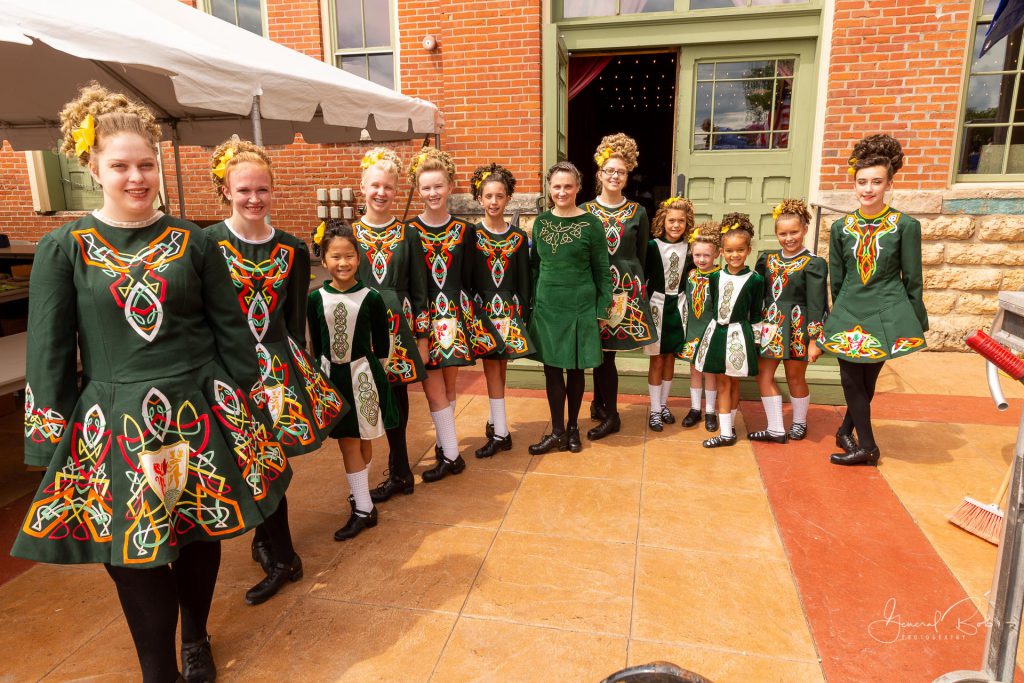 Countdown to the Irish Hooley!